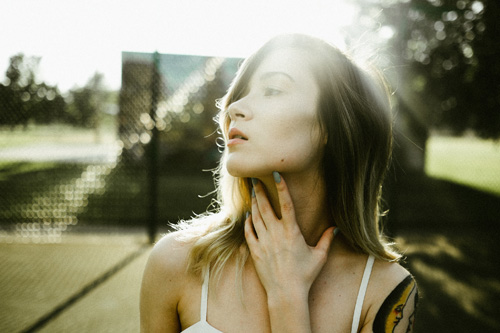 I love food.
Sweet, spicy, savory, umami, and sour. Italian, Greek, Mexican- I have no prejudice or bias. I would even go so far as to call myself a foodie. I also own a restaurant, so I’m in the belly of the beast on the daily!

But the source of all this devotion and mouth-watering obsession became a sticking point of epic proportions when food was suddenly and terrifyingly, hard to swallow.

It was June of 2016, and already, it had been a particularly tough year for me both personally and professionally. The restaurant was going well. We were experiencing explosive growth but the pressure of keeping up with the day to day operations along with continually hiring and training new staff was taking its toll both physically and mentally. It was also the year my oldest daughter got married. The wedding reception was to be held at my restaurant in September, which also happens to be our busy season. The planning was underway, the theme had been decided upon, and money was flying, as anyone whose child has gotten married can attest! One day my daughter and I were having lunch in a crowded, quick service chain restaurant when halfway through my meal, I suddenly couldn’t swallow the bite that was in my mouth. As in, I seemed to have completely forgotten how to get my throat to work. It wasn’t that I choked with the food halfway down. No, I couldn’t even get my mind around how to get it that far! I tried not to panic or worry her, but the food was becoming complete mush and I was growing increasingly nervous trying to plan my next move. Well, my next move and one I would employ for months to come, was to discreetly spit the food into my napkin, and try to slow my erratic breathing and heart rate while simultaneously trying not to run out of the restaurant like my hair was on fire. That day marked the start of my journey through the hell of anxiety and as it turns out, that journey would lead me backwards before I could ever go forward.

anx·i·e·ty, aNG?z??d?/
noun
a feeling of worry, nervousness, or unease, typically about an imminent event or something with an uncertain outcome.

A feeling of worry, nervousness, or unease. Why, yes, as a matter of fact, I was worried, nervous and uneasy. Worried about my business, nervous about the success of my oldest daughter’s big day, and very uneasy about the money we were spending to make all her dreams come true. The event was imminent, and the outcome indeed uncertain. But what did all of this have to do with my beloved food, or more to the point, swallowing it, in the first place? A lot, as I would soon find out.

Millions of people the world over suffer from occasional anxiety. It’s an unavoidable, and sometimes useful part of the human experience. It can serve as motivation or protection. In primitive times, it likely kept us from becoming a juicy morsel for a very large, hairy beast, thereby making us run like hell. In our modern lives we’re much more likely to feel anxious over things such as a new job, a move, or as a result of the overall stress of daily life where every moment is leveraged to the max. But what happens when that otherwise normal anxiety becomes emotionally or physically debilitating?

According to the National Institute of Mental Health, people with Generalized Anxiety Disorder display excessive anxiety or worry and face several anxiety-related symptoms. These symptoms have a wide range and can include: headaches, fatigue, muscle aches, muscle tension, trembling, sweating, twitching, irritability, hot flashes and difficulty swallowing. This disorder comes on gradually and typically between childhood and middle age. Women are also more often affected than men. There is still much to be learned about this mental disorder, but it’s believed family history, trauma or early childhood abuse, and other mental health disorders all contribute to developing an anxiety disorder. Chemical dependency can also exacerbate the problem. But how does this explain my sudden inability to swallow food?

Turns out, those who suffer with anxiety often have an over-sensitivity to their bodies, and processes that are normally happening on auto-pilot and without your conscious thought, are suddenly thrust into your consciousness.  When I couldn’t swallow at lunch that day, it confused and frightened me, and brought on a full-blown anxiety attack. This in turn perpetuated a vicious cycle around mealtime for several months to come. It also forced me to face some hard truths about myself, my addiction to alcohol, and finally seek professional help for childhood trauma related to sexual abuse and incest. Unbeknownst to me, I had been struggling with anxiety for most of my life in varying degrees. But looking back to that time, I can’t say with certainty that there was any one thing that triggered this. Rather, it was most likely the timing and a combination of stressful events.

Fortunately, anxiety disorder is treatable and with great success. Treatment will primarily be dictated by the extent to which you are affected. In mild to moderate cases, mindfulness, meditation, breathing exercises and yoga can be effective management techniques. In particular, the focus of breath work in yoga is especially beneficial as it activates the parasympathetic nervous system. This is important because the PNS slows breathing and heart rate and reduces blood pressure after something stressful occurs. However, in moderate to severe cases, therapies such as psychotherapy, also known as talk therapy, cognitive behavioral therapy (CBT), eye movement desensitization reprocessing (EMDR), and medication may be required. I ultimately decided to see a therapist where I began a combination of CBT & EMDR after several unsuccessful months of trying to cope on my own with over-the-counter remedies and meditation. Today, I have many tools in my management toolbox for dealing with anxiety.

It’s important to be patient when learning to manage this disorder, but education goes a long way to effective treatment. You will also need to look at your life as a whole to determine areas where simple changes can possibly be made as well as honestly looking at whether substance is playing a role, as was the case in my situation.
Bottom line, there are many ways anxiety can manifest, such as a frightening and sudden inability to swallow food, and symptoms and response to treatment are different for everyone. Find the one(s) that work for you.