Limiting Beliefs: The BS lies that keep us from a life we desire and deserve. 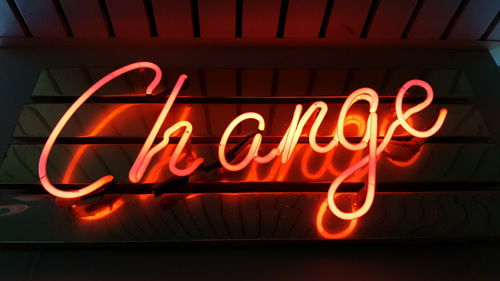 I come from a very humble (read: poor) background. There were times in my childhood where the basic necessities such as, oh I don’t know, food & running water, were in short or no supply. This isn’t to elicit sympathy; rather, to give a bit of the back story into the foundation of my own limiting beliefs and the BS lies that kept me from achieving the life I truly desired and in my soul, knew I deserved.

I was born in the 1970’s. It was the time of peace, love, and pot. Only, for the two young parents I was born to, I’m not sure how much peace and love was being passed around. My parents did the best they could to provide for my younger brother and me, but with limited educations and opportunities themselves, times were hard to say the least. My mother however, was quite resourceful when it came to putting food on the table. It may not have been gourmet, but the things she could do with a single bag of beans to feed a family of 4 still baffles me.

Limiting beliefs often have their root somewhere in childhood. Whether intentional or not, well meaning adults can sometimes impart less than inspirational beliefs onto us that may have been handed down by the generation before. Beliefs like, “everyone in our family is poor” or “I’m just big boned” become a sort of unconscious mantra with long lasting effects. In my own experience, my limiting beliefs ran the gamut of “money doesn’t grow on trees,” “life is hard,” and “who am I to think I can do that?”. I’m a very creative person by nature. I’m also a multi-passionate entrepreneur. And I’ve definitely struggled with imposter syndrome throughout my adult life. Each time I would endeavor to do something new, my old fear based, limiting beliefs would challenge me with questions about my ability and credibility to bring my talents into the world.

Take a look at the list below to see if you may be identifying with a common beLIEf:

This is in no way a comprehensive list and by this point, you’re hopefully beginning to wonder how one goes about figuring out a solution to this problem. To that, I say congrats because being honest or aware of the story on repeat in your head is actually the first step. After all, you can’t address what you don’t acknowledge. Next, you need to challenge these beliefs. It’s not necessarily mandatory that you trace it back to the genesis. Sometimes, we don’t even know, and that’s ok. We begin to challenge these beliefs when we look for any experience in our history that flies in the face of the limiting mindset. Try to come up with some examples of a time you were successful at something, or a time one of your ideas really were brilliant. Have you ever set a goal around weight loss and achieved it? How about the money you made selling lemonade in the neighborhood to buy a new bike when you were 9 years old?

The next part is where the magic begins to happen: coming up with empowering statements of belief you would like to cultivate and finally, taking action to strengthen your new belief system. Begin by asking yourself how a person who had a positive set of beliefs would think, speak, and act. What would their habits look like? What books would they read? Where would they hang out? The point is to expand your awareness of what’s possible.

Changing your mind may not be easy, but it will undoubtedly be worth it. And like any muscle, it gets stronger the more you work it. If you’re going to so easily believe something about yourself, shouldn’t it at least be the truth?